HOW TO GET HERE CONTACT BLOG SEARCH FOR COMPANIES

What are you looking for?

We are Norway’s biggest amusement park

TusenFryd is part of Parques Reunidos S.A. and is a big amusement park in the area of Oslo. The park is located in Vinterbro, 20 kilometres south of Oslo, by the crossing between the freeways E-18 and E-6. TusenFryd offers more than 30 exciting and unique attractions suitable for all age groups, such as several roller coasters, carousels, log flume rides, bumper cars, swings and much more. Barnas Fryd and Frydskogen are separate attractions intended for the youngest children. In the summer, you can visit BadeFryd, our water park with several pools and paddling pools. You are also welcome to visit one of the many restaurants and shops with fun and unique souvenirs from the park.

When TusenFryd first opened its doors on 11 June 1988, it marked the opening of the first ever amusement park in Norway, situated in the same area where the zoo in Vinterbro had previously been located. Since 1988, it has been visited by over 12 million guests and become known as the amusement park in Norway. When the park opened in 1988, some of the biggest attractions were Loopen, Tømmerstupet, Sverre and Finkarusellen. These are classic attractions that can still be visited today. Since then, many new attractions have been built, including the tower attraction SpaceShot in 1998; BadeFryd – our water park – in 2000; ThunderCoaster, one of the steepest and quickest roller coasters in the world, built in April 2003; SpeedMonster in April 2006 – one of Scandinavia’s coolest attractions; the pendulum attraction SpinSpider in May 2009; the dark ride Thors Hammer in June 2013; and the flume ride Ragnarok in 2016. More than 30 exciting and unique attractions await at TusenFryd, adapted for all age groups. There is also a broad selection of restaurants and shops to give you a unique experience of the park. 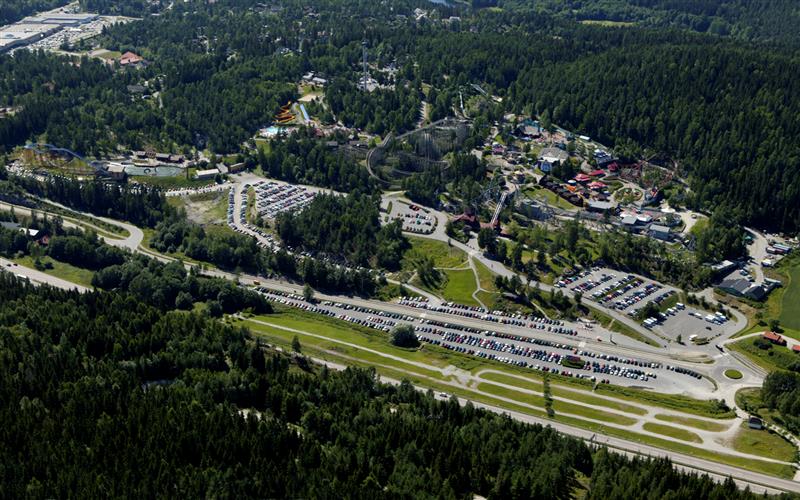 The best rate from